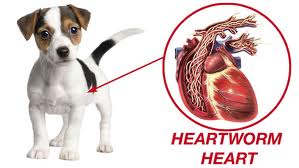 Let us define first the word “worms”. When you ask an ordinary individual their usual response is “long, wriggly, slimy creatures” while a dictionary type definition is that, the word worms applies to a great variety of long, slender and limbless animals. To a zoologist however, it is applied particularly to three distinct groups (phyla) of animals/parasites; the flatworms (plathyhelminths), the segmented worms (annelids), and the roundworms (nematodes). These groups are found in almost all parts of the world. Some of them burrow in the earth, others crawl along the ground, and still others swim in the water.

The roundworms or nematodes do not have cilia, a hair-like projection, nor are they segmented. They are considered a richly varied and highly successful group, consisting of enormous numbers of small worms that occupy essentially every habitat in which multicellular organisms can survive-terrestrial, marine, and freshwater. However, roundworms are best known in the parasitic realm. A number of these are parasitic on humans and animals, some attack plants. Insects as well as other invertebrates are also heavily parasitized.

Dogs, cats, poultry, cattle, sheep, horses, pigs, and goats are some examples of domestic animals that are also invaded by these parasitic roundworms. Heartworm, a potentially deadly disease of  dogs, cats, wolves, coyotes, foxes and other animals, such as ferrets, sea lions and even humans is caused by a roundworm (Dirofilaria immitis) that is spread from host to host through the bites of mosquitoes, so heartworm prevention is particularly important for pets wherever mosquitoes are at all prevalent. The heartworm is a type of filaria, a small thread-like worm. The heartworm, Dirofilaria immitis, lives as an adult in one chamber of a dog’s heart – usually the right atrium – where it can live for many years, or in the arteries that lead from the heart to the lungs. Infection may result in serious disease for the host and when untreated may die.

Heartworms go through several life stages before they become adult infecting the heart of host animals. In order to complete their life cycle, they use mosquito as their intermediate host. Immature worms, or microfilariae, then circulate for a number of years in mosquitoes bloodstream while transforming into the next stage of their life cycle. The microfilariae then undergo a series of molts until they reach the infective or third larval stage and migrate to the salivary glands of the bloodsucking mosquito where they wait to infect another host, typically dogs.

The disease is usually asymptomatic during the first six months of infection. Infected animals will show minimal or no sign of infection at all even after the heartworms have matured. There is only light infection and the animals can live a fairly sedentary lifestyle without showing signs of infestation. However those that are severely affected shows signs of exhaustion upon exercise, severe weight loss, fainting, coughing up blood and congestive heart failure. In some instances migrating worms end in unusual sites such as eye, brain, or in an artery in the leg which may result in blindness, seizures, and lameness. 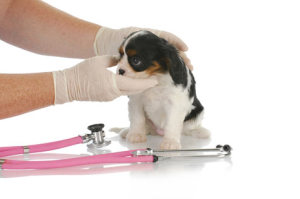 The best defense against heartworm disease is the use of prophylactic treatment given monthly. But before the worms can be treated once they are established, the infected host must be evaluated first for heart, liver, and kidney function to assess the risks of treatment. Prevention of heartworm infection can be obtained through a various numbers of veterinary drugs. Heartgard is a veterinary drug manufactured for the prevention of heartworm disease in dogs and cats. It is one of the most commonly prescribed heartworm prophylaxes. Heartgard contains Ivermectin as its active ingredient; it eliminates heartworm by destroying the tissue stage of the worm and blocking its development to its contagious disease. However, it can make your dog pretty sick while treating him/her.  Because the dog is already sick from the heartworms, not all dogs survive the treatment.

Heartworm preventative drugs are highly effective however the monthly preventives all have a reasonable margin for error. Adult heartworms do not die off completely until some 18 months of treatment have elapsed, if heartworms are already present. Nevertheless, conventional and other methods of heartworm prevention are often assumed to be the most effective. From time to time various homeopathic, natural or herbal heartworm products are touted as cures or preventives from heartworm disease, and there is a large body of anecdotal evidence that they can be effective.

Of course, the most suitable and cost-effective heartworm prevention is to eliminate all mosquito species in your area, but this is rarely possible,

Unfortunately, heartworm is usually neglected by the public because humans are rarely affected with this disease. However respiratory disease is the prodromal sign of humans infected with heartworm. The worm does live for very long upon reaching the human lung, typically being  absorbed, and therefore killed, by a nodule, called as granuloma. This may well be the reason why humans are atypically infected. It is still beneficial however to inform and educate the public about this particular phenomenon. 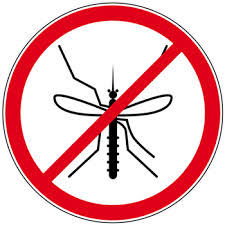 If your dog has heartworm, click here for information on a natural heartworm treatment that can kill off heartworm withOUT the need for the chemical Ivermectin products.

However, you should NEVER disregard the advice of your vet.  Discuss alternative heartworm treatments with your vet, and express your preference by all means, but do listen to your vet and take into account whatever he or she has to say*.  Also take into account what your research on the subject has disclosed about alternative treatments.  And make your decision based on all the facts.

This article researched and written by Adriene Conde.

8 thoughts on “Heartworm Treatment – How to Cure Dog Heartworm”