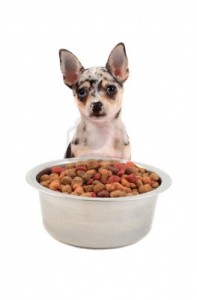 I have been talking for years about the ingredients in commercial dog foods, and the fact that large conglomerates produce most of the “cheap” brands of commercial pet food, as well as not so cheap brands that are sometimes found in our vets’ surgery.

Despite almost four years having passed since the enormous pet food recalls of 2007, we still hear about dog food recalls with great regularity. Of course, sometimes things go wrong with all types of products, and responsible companies recall those products even where risks are small, but it seems to me that pet food recalls occur much more often now than in the past. There is no doubt in my mind that this is due to ever increasing cheap and nasty dog food ingredients.

Dr Andrew Jones has recently summarized the whole situation relating to the control of the dog food industry, and he has done it so well that I am simply going to reproduce below what he wrote about it, along with my comments throughout (in italics) …

One of the the most worrying facts (and hopefully this is not the beginning of a trend) is that several dog food companies which have hitherto been considered fairly healthy foods have recently been bought up by one of these multinationals – the notorious Proctor and Gamble. You will read below that Innova, Evo, California Natural, among others, are now owned by Proctor and Gamble. It remains to be seen whether this will affect the quality of those foods. It is a matter of public knowledge (see more below on this) that when Proctor and Gamble took over Iams and Eukanuba, the quality of those foods plummeted dramatically.

Here’s what Dr Jones has to say …

So Who Does Control The Dog Food Industry?

1. Nestle is the LARGEST dog food manufacturer. Better known as the chocolate and candy maker Nestle owns Purina and controls over 30% of the dog food market! It just so happens that they are also a not well thought of corporate giant … they were encouraging mothers in 3rd world countries to feed formula and NOT breast feed for example – there really couldn’t be a more blatant example of profits over all else, could there? So if they don’t care about the health and welfare of babies in countries where mothers can barely afford to buy the formula they push them to buy, you can bet your bottom dollar they don’t care about the health of your dog!

2. Mars is the second largest, now owning Nutro, Royal Canin, Pedigree, and even small Canadian Company Medi-Cal; they control approx 20% of the market. Mars is of course, like Nestle, also better known for making candy… – what’s with these chocolate and candy manufacturers going into the dog food market in such a big way? Actually when you think about it, maybe that’s not such a stretch – after all, chocolate and candy really don’t do anything for our health … they are basically junk food – and that’s exactly what most commercial pet food is – JUNK FOOD!

3. Then there is the MONSTROUS multinational company Proctor and Gamble- they own Iams, Eukanuba, and recently purchased Natura Pet Products making Innova, Evo, California Natural, Healthwise, Mother Nature and Karma.They now control over 15% of the market. P and G is of course better known for making ubiquitous consumer goods such as Pampers(R), Tide(R), Ariel(R), Always(R), Whisper(R), Pantene(R), Mach3(R), Bounty(R), Dawn(R), Gain(R), Pringles(R), Charmin(R), Downy(R), Lenor(R), Iams(R), Crest(R), Oral-B(R), Duracell(R), Olay(R), Head & Shoulders(R), Wella(R), Gillette(R), Braun(R) and Fusion(R)… – Proctor and Gamble is also notorious for testing its products using animals, as I understand it. I have seen a number of petitions about this issue. I have also spoken elsewhere about the fact that Iams and Eukanuba dog foods used to be tested on companion animals kept in research facilities in tiny cages without access to appropriate healthcare and were generally horifically mistreated.

4. Colgate Palmolive – yes the makers of toothpaste and dish soap NOW own Hills Pet Products…think of Science Diet and their family of brands which has over 10% of the dog food market.

So What’s the problem?

Let’s use the Proctor and Gamble takeover of Iams Pet Foods as an example.

Iams and Eukanuba were apparently very reputable brands of pet food over 10 years ago….then the company was sold to the BIG MULTINATIONAL P & G.

Shortly after this P & G. placed Iams/Eukanuba in the mass market of groceries stores, Wal Mart etc.. – and I guess this was around the time they started testing the food on dogs kept in labatory facilities for this purpose, in appalling conditions.

Dog owners started to notice changes..diarrhea, vomiting, hair loss, allergies- even though the company INSISTED there was no change in formulation. 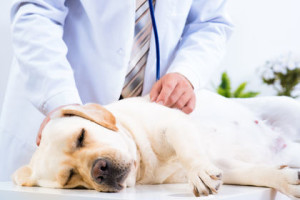 P&G had a class action suit brought against them, and the lawsuit showed that they had reformulated the dog food ingredients substiting ‘chicken by products meal’ instead of real chicken, substituting bran sorghum/barley for rice, and then adjusting on its package instructions to reduce the per day servings by 25%”

The substitution of the lesser expensive ingredients and reducing the advised feeding amounts by 25% allowed them to be MORE profitable, but decreased the QUALITY of the food producing the health issues in the dogs.

So WHAT should you do?

My advice is to feed holistic, smaller companies food…try and AVOID the BIG Corporations.

Be aware of WHO is making the food, and HOW it is made.

Feed a variety of foods, and make some of it at home.

Consider Raw as a portion of your dog’s diet.

Supplement your dog’s diet with a quality, natural multivitamin/mineral supplement.

And I’m sure Dr Jones would like me to point out that his own Dog Supplement is made by a *VERY* small company (just him, apparently!)…no multinationals there!

And even better, we can rest easy that it is safe for our dogs, since all batches are tested for safety and correct ingredients levels before they are packaged and Dr Jones apparently does this testing himself.

You can get it for 50% OFF here:
http://www.dog-health-care-information.com/supplement