Page may include affiliate links, and we may earn a commission from qualifying purchases.

As kids, almost everyone had a run-in with hydrogen peroxide. Occasionally, even as adults we still find the need for this antiseptic. But these instances were to clean sores or wounds that we got while playing around. This was done to make sure that we were protected from nasty infections. So it is a bit controversial to hear about our handy antiseptic being used as a breath freshener. But many dog owners are using it exactly to cure their dog’s bad breath problem – as a dog breath home remedy, if you will. 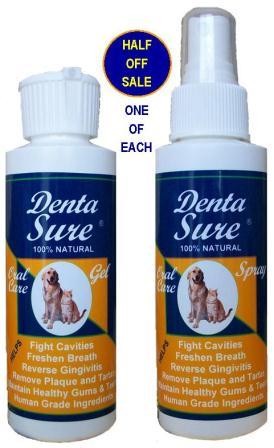 If this trend continues then it is highly possible to see in our local pet store tucked in its shelves a brand name called DOG BAD BREATH HYDROGEN PEROXIDE. But before anyone rushes to the nearest store for this medicine they had better study this compound better or ask their vet about it. This way, they will be better informed if ever they do seriously consider using hydrogen peroxide to treat their pet’s bad breath.

First of all, what causes bad breath? Bad breath results when the concentration of anaerobic bacteria in the dog’s mouth grows out of proportion because of poor hygiene.  These anaerobic bacteria are normally found in the mouth of most animals, humans and dogs included.  It is when dog owners neglect to clean their dog’s mouth regularly that these bacteria become too numerous in the dog’s mouth. This alone should be enough to convince every dog owner to make sure that they regularly brush their dog’s teeth with a pet toothpaste.

Second, how does bad breath develop from these bacteria? It is pretty simple really. The bacteria which have been left alone eat the food particles that accumulate in the dog’s teeth and gums. After this happens, the bacteria will then release compounds that are mainly sulfuric and then will mix with the air and these results in bad breath.

So why do some dog owners use hydrogen peroxide to treat their pet’s foul breath? Most dog owners value this compound to clean their dog’s mouth not because of any wound that they may blame for their dog’s foul breath. Rather, they value it in treating bad breath because they add to the concentration of oxygen in the mouth.

Are there any side effects? Yes! It causes vomiting in the dog if too much is ingested, though it is not necessarily very serious.

With this in mind, it is more practical to use mouth rinses that can easily be mixed into the dog’s water. They are known to be safe and tolerable to the dog. So before you think of using dog bad breath hydrogen peroxide on your pet, you should consider using a ready-made dog breath freshener that you simply spray on!